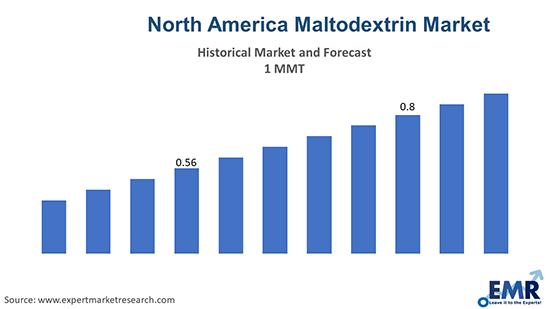 Globally, the market is being driven by the expanding food and beverages industry, which accounts for nearly 60% of the global application of maltodextrin. It is aided by a rising demand for maltodextrin in downstream products like ice-cream, milk powder, and instant drinks, among others. Maltodextrin is used as a bulking agent in artificial sweeteners. A growing health consciousness among the consumers in both developed and emerging markets will also propel the maltodextrin market forward with people looking for healthy and sugar-free food alternatives.

The market for maltodextrin is dependent on the climate of its feedstock. In North America, corn is the major feedstock for maltodextrin with the US being a leading producer of corn globally. The US accounted for about 36% of the global corn production, producing 371 million metric tons in the period 2017-2018. The US also produced 5% of the world’s potato between 2017 and 2018, thus, producing more than 20 million metric tons of another major maltodextrin feedstock between 2017-2018.

Maltodextrin is a polysaccharide that is derived through the partial hydrolysis of starch and is commonly used as a food additive. Being easily digestible, having a rapid absorption rate, and having a mild to nil sweetness, it finds extensive application in the food and beverage industries. It is added to processed food products like soft drinks, ice-creams, candy, energy drinks, and infant foods, among others. 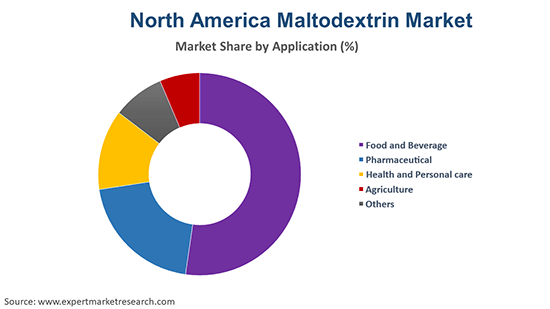 The common application sectors for maltodextrin are:

Maltodextrin is used in the agriculture sector as an insecticide, finding application in the fields as well as greenhouses. In the pharmaceutical industry, it is used as diluents in tablets, and as a coating material for nutraceuticals microencapsulation.

Corn and corn starch, cassava and cassava starch, potato and potato starch, and wheat and wheat starch are the common feedstocks of maltodextrin covered in the report. The report analyses the US and Canada maltodextrin market. 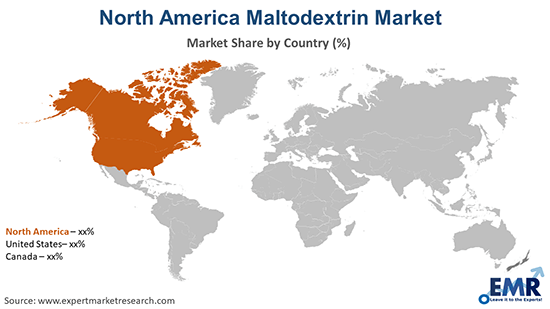 While the demand for carbonated soft drinks, where maltodextrin finds substantial application, has declined in the US, the decline in the domestic demand has been offset by the rising demand from overseas markets like Mexico, which has led to a growth in carbonated drinks export. The beverage industry in the US is dominated by the alcoholic beverages segment, which is further aiding the maltodextrin market in the region. The polysaccharide is added to alcoholic beverages to enhance their mouthfeel. It also finds extensive application in processed foods like instant noodles, and the US is one of the largest markets for instant noodles, globally.

The prices of maltodextrin are heavily dependent on the prices of its feedstock. In the US, wheat prices have been estimated to increase between 2018 and 2020, due to poor crop condition in major wheat-producing regions, and a lower than expected production of wheat in Kansas, a significant wheat producing area.

The report analyses the following key players in the North America maltodextrin market, looking into their market share, capacity, and latest developments like mergers and acquisitions, plant turnarounds, and capacity expansions:

What was the North America maltodextrin market size in 2020?

North America produced about 1.02 million metric tons of maltodextrin in 2020.

The maltodextrin market in North America is expected to grow at a CAGR of 4.6% in the forecast period of 2023-2028.

The major drivers of the industry include the rising food and beverages industry, increasing population, and the growing demand for healthy and sugar-free sweeteners.

What are the key industry trends of the North America maltodextrin market?

Maltodextrin is increasingly being used in the agriculture sector as an insecticide, finding application in the fields as well as greenhouses. This is expected to be a key trend guiding the growth of the industry.

What are the major regional markets of maltodextrin in North America, according to the market report?

The United States and Canada are the leading regions in the market.

Food and beverage, pharmaceutical, health and personal care, and agriculture, among others, are the significant application segments in the market.

Who are the key industry players in the market, according to the report?

EMR’s meticulous research methodology delves deep into the industry, covering the macro and micro aspects of the industry. On the basis of application, the market is divided into food and beverage, pharmaceutical, health and personal care, and agriculture, among others. The major regional markets for maltodextrin in North America are the United States and Canada. The key players in the above industry include Cargill, Incorporated, Archer Daniels Midland Company, Ingredion Incorporated, Roquette Frères S.A., Tate & Lyle PLC, TEREOS Group, and Grain Processing Corporation, among others.