Global Social Television Market to Grow at a CAGR of 9% During 2021-2026, Aided by the Rising Tie-ups Between broadcasters and Social Media Platforms

The global social television market is expected to grow at a CAGR of about 9% in the forecast period of 2022-2027. 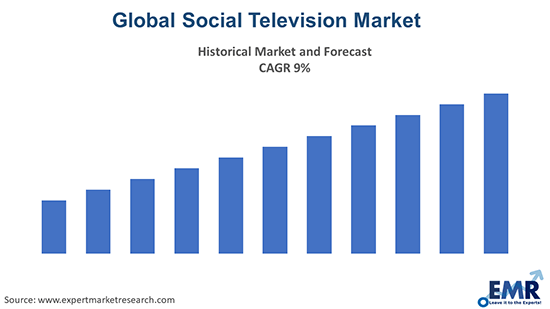 The global social television industry is expected to be driven by the rising social media consumers in the forecast years. The Asia Pacific region will register a substantial growth for the social television market. This is because of the expanding population base in the emerging economies like India. The increase in disposable income has allowed the people to look for diverse entertainment sources. The North American market is expected to be dominated by the United States. This is because of the changing lifestyle and the entertainment medium for the new generation. Europe is also expected to witness significant growth because of the early start and development of social television among the developed nations. Latin America and Africa will also enhance the demand for the social television industry with the increasing penetration of internet and social among the populace. 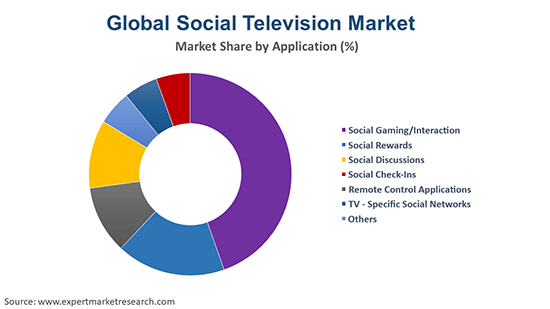 On the basis of solution, market is divided into:

The social television is divided on the basis of hardware into the following:

On the basis of technology, the industry is segmented into:

On the basis of application, the industry is categorised into:

The regional markets for social television industry can be divided into North America, Europe, the Asia Pacific, Latin America, and the Middle East and Africa. 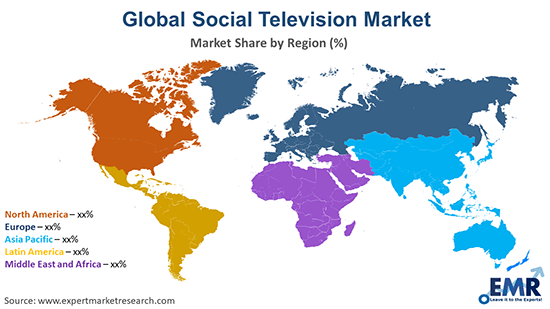 The report gives a detailed analysis of the following key players in the social television market, covering their competitive landscape, capacity, and latest developments like mergers, acquisitions, and investments, expansions of capacity, and plant turnarounds:

What is the growth rate of the global social television market?

The global social television market is projected to grow at a CAGR of 9% between 2022 and 2027.

The major drivers of the market include the increased audience engagement, increased time spent on online streaming, increased viewership due to COVID-19, rising social media consumers, increase in disposable income, and changing lifestyle and the entertainment medium for the new generation.

What are the key industry trends of the global social television market?

The growing usage of smartphones around the world and improving internet connectivity are the key industry trends propelling the market's growth.

What are the major regional markets of social television, according to the EMR report?

What are the segments based on solutions in the market?

On the basis of solution, the market is divided into software and professional services.

What is the market division based on hardware?

Social television is divided on the basis of hardware into the smart TV and connected devices.

The major players in the industry are Telescope Inc., Vizrt Group, Talkwalker Inc., Sprout Social, Inc., and Twitter Inc, among others.

The global social television market was driven by the growing usage of smartphones globally in the historical period. Aided by increased audience engagement and improved internet connectivity, the market is expected to witness further growth in the forecast period of 2022-2027, growing at a CAGR of 9%.

The global digital audio workstation market attained a value of USD 2.88 billion in 2021, driven by the rising adoption of digitization. Aided by the growing technological advancements and accessibili...
Read More

The global data centre networking market attained a value of USD 23.4 billion in 2021, driven by the increasing use of digital services. With the rapid development of broadband and internet infrastruc...
Read More

The global BYOD and enterprise mobility market was driven by the increasing number of connected devices in the historical period. Aided by the growing penetration of smartphones and advancements in te...
Read More