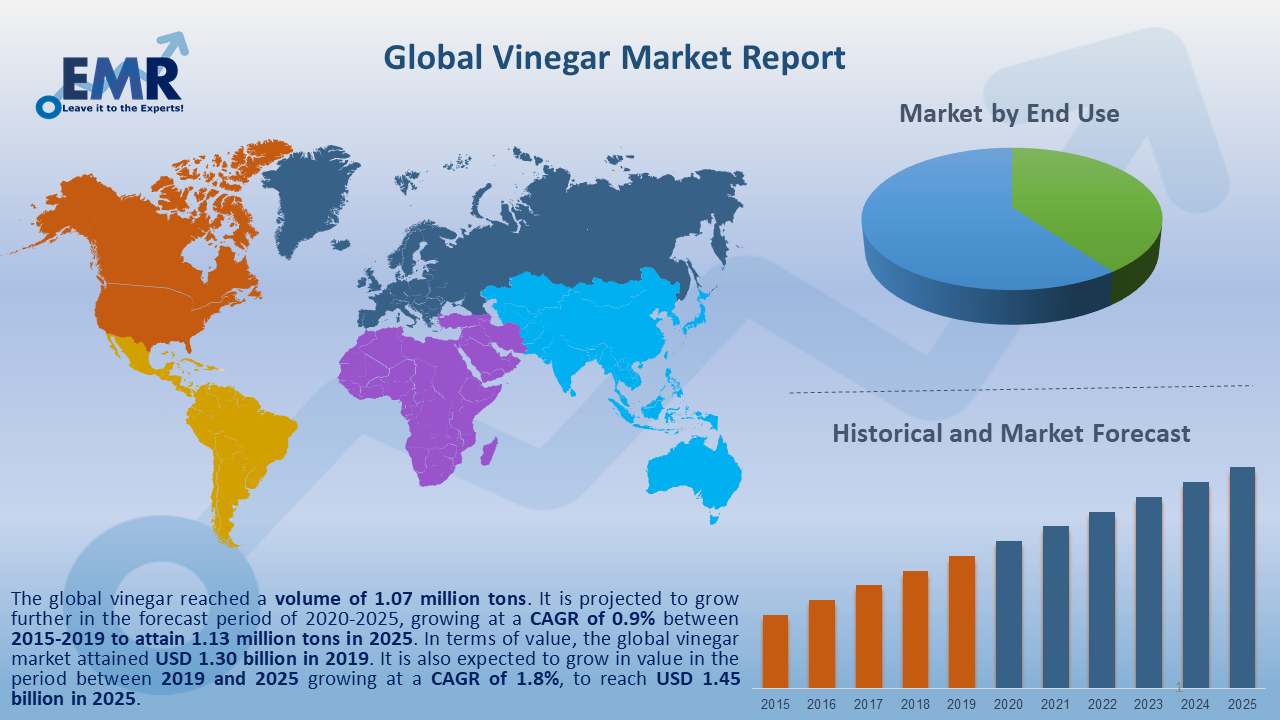 Europe is the leading vinegar market, accounting for nearly 50% of the global market share. In Mediterranean countries, wine types are the common vinegar available in the region. In these countries, it is either consumed directly or added to salads and vegetables. Thus, a greater focus on their taste and quality is associated with these patterns of consumption. Some of the premium products produced in the region is being increasingly commercialised like the Aceto Balsamico di Modena. Its consumption and trade has seen a significant growth. Italy is the largest vinegar market in Europe. The country is also its leading exporter. Italy exports almost twice its quantities as compared to other major exporters like Germany, Spain, and France. The export values of Italian types are also substantially higher than those of Spanish or German types. While the vinegar exported by Germany is mainly bound for application in the pickling or sauce industries, Spanish exports also include premium products like Italian exports. Vinagre de Jerez is one of the premium types exported by Spain. 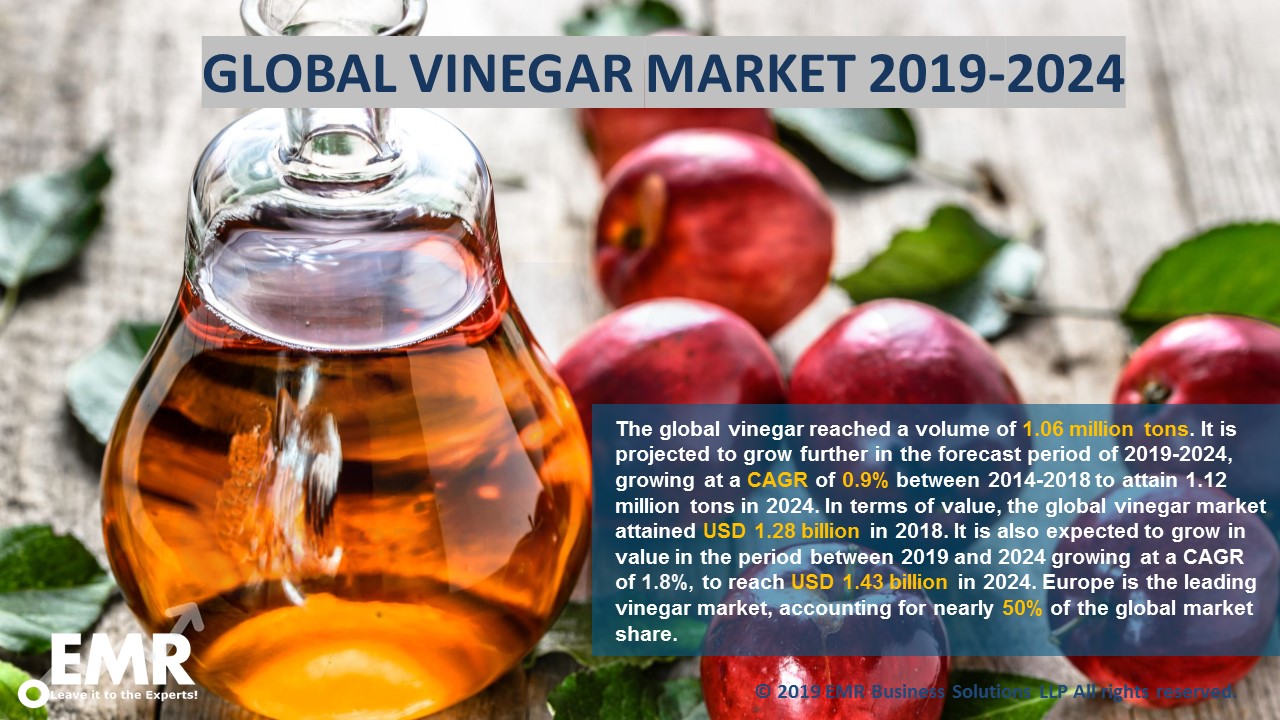 North America and Asia Pacific followed Europe as the other significant markets. In the Asia Pacific, Japan and China are the largest vinegar markets. Rice vinegar is the most common type consumed in Asia, although other types, which are traditionally prepared, are also consumed in the continent.

Vinegar is an aqueous solution of acetic acid produced through the fermentation of ethanol or sugars by various acetic acid bacteria. It has been used since nearly 2000 BC and is one of the oldest fermented products globally. It was initially used a preservative because of its antimicrobial properties. Today, they find extensive applications across the food and beverage, healthcare, and cleaning sectors. Their end-uses are broadly categorised as institutional and retail.

The common types of vinegar are:

Balsamic currently dominates the vinegar market with a market share of over a quarter. Balsamic is followed by red wine. Cider, rice, and white are the other significant types available in the market.

The global vinegar market is being driven by a rising demand in the food industry as well as expanding application in the beverage, healthcare, cleaning, agricultural and industrial sectors. It is also finding uses as a preservative and flavouring agent. The growing awareness of health benefits is aiding the industry growth with it being increasingly consumed as a health drink. Apple cider vinegar, in particular, is finding growing popularity as its health benefits include weight loss, and reduced cholesterol and blood sugar levels. It is also proven to be beneficial for diabetic patients.

The market is being driven by the rising demand from the emerging economies. A growing food and beverage sector, increasing population and rising disposable incomes are also aiding the market growth. Being traditionally ingrained in the local cuisines of many countries, the industry will continue growing. It is also increasingly being incorporated into foods of newer cuisines. The rising interest by the consumers in gourmet cooking is propelling the sales of food dressings, many of which contain vinegar within them. Thus, a strong customer acceptance of the product is providing an impetus for the growth of the industry.  The requirement of low capital investments and easy availability of raw materials is further propelling the market forward. The longer shelf life is an added incentive for the industry growth.

The report gives a detailed analysis of the following key players in the global vinegar market, looking into their market share, capacity, and latest developments like mergers and acquisitions, capacity expansions, and plant turnarounds:

The EMR report gives an in-depth insight into the market by providing a SWOT analysis as well as an analysis of the Porter’s five forces.

In terms of market share by value, North America is the leading food emulsifiers market, accounting for almost 30% of the global market share, followed by Europe, the Asia Pacific, and others. Synthet...